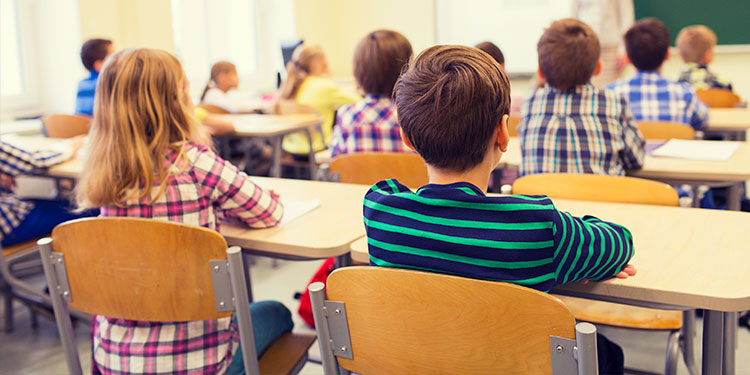 Here is a simple math equation:

This is not a Democrat versus Republican issue: it is an entrenched Establishment versus American children issue.

Education is the civil rights issue of our time, and we need to make immediate changes so that every single American child has the opportunity to get an education enabling him to understand and uphold the responsibilities of American citizenship and to support himself and his family by acquiring private property, which provides dignity, self-sufficiency, and the ability to contribute to one’s community.

I attended a wonderful public school that was appropriately governed by our local school board. It prepared me for Dartmouth College just as well as those who had spent money on elite private schools. And this was without interference by federal education bureaucrats in Washington.

As Senator, I will work tirelessly to abolish Common Core and to close down the Department of Education. The way to improve public education in this country is to return power to families and local communities, who know their children’s needs best and are therefore best positioned to address them.

Everywhere I go, I hear New Yorkers of all backgrounds and political leanings united on one issue: Common Core is a disaster. It has demoralized teachers, who are forced to teach towards tests rather than impart learning. It is harming our children, who are losing their natural love of learning. It is taking away the right and ability of parents and teachers in every locale to tailor their curriculum and teaching methods as they see fit.

President Reagan was correct: the federal Department of Education should be abolished. The 1996 Republican platform was correct: “The Federal government has no constitutional authority to be involved in school curricula or to control jobs in the marketplace. This is why we will abolish the Department of Education, end federal meddling in our schools, and promote family choice at all levels of learning.”

Unfortunately, both Democrats and Republicans are guilty of expanding both the cost and the role of the federal government in education. The results are horrible, for taxpayers, parents, and especially for the children whose lives are being stolen from them when they are deprived by failing schools of the opportunity that only an excellent education can provide.

There is no reason that Barack Obama’s and Hillary Clinton’s children should be able to get a better education than any other child in this country.

I support school choice and school vouchers so that parents can send their children to public, private, parochial, and home school, regardless of their income or neighborhood. The choice of schools should be up to families, not politicians or bureaucrats. And no child should be trapped in a failing school because of lack of family resources.

The goal should be to re-establish strong public schools, which have been and should be the backbone of American education. That cannot happen until we end federal involvement, restore local control, and create the competition and freedom to allow families to make the choices for their own children.

The good news is, we can spend less, and get more, and very quickly see s huge improvement in the quality of education for all of our children.

Once again, misplaced federal government involvement has caused waste, inefficiency, hardship and debt for our college and university students and their families. Federal student loan programs have skewed education markets, driven the cost of tuition and books sky-high, and saddled students with debt and little hope of finding jobs that can help pay it off.

The truth is, government money being poured into student loans is a subsidy that drives up the price of tuition, and the tuition being charged bears no relationship to the market value of the degrees being conferred.

We need to help immediately both current students and recent graduates who have been caught in this trap by politicians and bureaucrats. For those now saddled with enormous student loan debt, the federal government must allow refinancing at lower rates, given that we are living at a time of historically low interest rates.

Over the last 20 years, college tuitions have increased at more than three times the rate of inflation. Many college endowments have increased even more, thanks to the rise in the stock market. Yet colleges don’t apply their wealth toward reducing tuition. They actually raise tuition, taking advantage of the federal loan subsidies to build more facilities, hire more administrators, and require less work from professors.

We can bring down tuition costs and debt levels with federal legislation threatening to end federal benefits and assistance, including tax-exempt charitable status for educational institutions, to colleges and universities unless they reduce their tuition rates to where they would be if the increased only at the rate of inflation for the last 20 years – since 1996.

Once we remedy the problem that distorted markets in college tuition and student loans have created, we need to get the federal government out of the business of rigging and inflating college costs. Higher education needs to function like any other competitive market in order to avoid the problems we are now being forced to unwind.