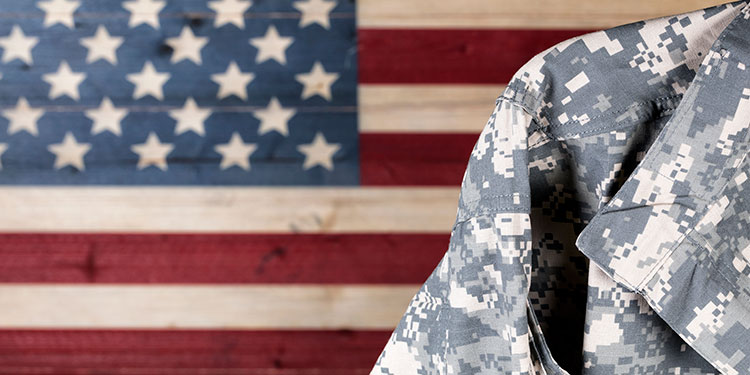 The foreign and military policies of the past eight years under President Obama, Hillary Clinton, Chuck Schumer, and the Senate Democrats have left America weaker, less secure, and have created failure and instability around the world.

The political Establishment on both sides, including Republicans, has for even longer embroiled us in endless wars without speedy and decisive victories. This is not a partisan issue. Both parties have failed us. We need to return to principles that protect America and American interests.

The size and readiness of our Army, Navy, and Air Force have diminished dangerously, and our weapons and equipment are seriously out of date. I have heard veterans and active duty military tell me many horror stories of weaponry and vehicles in disrepair and unable to be repaired. We have reduced our combat personnel and are at historically low levels of combat readiness. We are replacing more senior staff with junior military staff at lower pay grades, losing critical expertise and experience. Our political leaders have hamstrung our fighting men and women with foolish rules of engagement, at times even causing their deaths.

We need to change course.

President Reagan’s “peace through American strength” philosophy should still guide us. We are living at perhaps the most dangerous time in American history, with numerous potential adversaries, including radical Islamic terrorists.

Our government has no higher duty under our Constitution than to protect America’s territory, people, and interests. And, as Ambassador John Bolton reminds us, American strength is not provocative; it is American weakness which is provocative.

Strength consists of moral leadership and resolve, as well as a strong military force. Ours needs rebuilding. I will support modernizing our arms and equipment so that our forces are once again the best equipped in the world. I will support policies that reward achievement and loyalty among our military men and women, and does not treat them like commodities to be tossed out when no longer needed or when cheaper replacements can be found.

Unless there is a true threat to American security and a clearly defined military objective to fulfill, with rules of engagement that allow our forces to quickly and successfully fulfill it, we need to stop the recent policy of invading and toppling regimes when we don’t know that the successive regime will be any better for American interests. I support Donald J. Trump’s pledge to “bring the era of nation building to a swift and decisive end.”

We must immediately and completely clean out corruption and incompetence at the Veterans Administration. I understand that not everyone at the VA is bad, and some are truly as heroic and service-minded as those we need to serve. But we have a problem. We owe everything to our veterans, including the best health care possible, without waiting and red tape. It is inexcusable that 20 vets per day are committing suicide. I support the Donald J. Trump plan to address the medical and other needs of veterans in a far superior way to what the current political Establishment has provided.

Our strategy in the Middle East should be: support Israel, defeat ISIS, and contain Iran.

For eight years, the Obama-Clinton disrespect and at times outright hostility to Israel has frayed the trust of our alliance with our closest friend in the Middle East. As the senior Senator from New York, Chuck Schumer has failed to stand up for Israel and to exert influence over his friends Barack Obama and Hillary Clinton to demand better treatment. Instead of the tepid support of the Obama-Clinton-Schumer era, we must make clear that Israel has our steadfast support and that no peace process is possible until Hamas renounces terrorism.

On Iran, Chuck Schumer’s calculated vote but complete failure to fight against the Obama nuclear deal is inexcusable. Moreover, he failed to speak out when the Obama Administration bypassed Congress and paid ransom money for American hostages – money which went straight to Iran’s Revolutionary Guard. He failed to do anything about the Obama Administration encouraging increased trade with Iran, encouraging Europe to increase business with Iran, and pushing for acceptance of Iran into the international banking system – all as our State Department designates Iran as the largest state sponsor of terrorism in the world.

I would support President Trump rescinding the Vienna deal, which is not a treaty and was never signed. It was a strategic mistake, and everything we have learned since shows proves this. The goal is to prevent a nuclear Iran. We should reinstitute sanctions, stop paying ransom for hostages, and get more honest and realistic about measures that Iran is taking to develop nuclear weapons.

ISIS is a unique Islamist threat because, unlike Al-Qaeda, it has established a caliphate: a self-styled state within the geography of Iraq and Syria. Within the Islamic world, it appears to be winning – an impression one can appreciate by reading its slick propaganda magazine, Dabiq (which I suggest that everyone read, as I do, to see the sophistication of the ideological propaganda war at work) – which fuels its recruitment. Chuck Schumer, like his friends Barack Obama and Hillary Clinton, hews to political correctness to avoid naming our enemy: radical Islamic terror.

The enemy must be clearly identified, and as with Nazi Germany and Imperial Japan, ISIS must be defeated physically, militarily. It must be rooted out and deprived of its territory and psychological momentum. The United States must lead a coalition of allies to deliver a clear, decisive, major blow. And we must combat the ideology of radical Islam, cementing friendships with moderate, pro-Western, peaceful Muslims and exposing the ideology of death that is ISIS, not enabling its respectability as does Hillary Clinton with her acceptance of millions of dollars from regimes that practice genocide against Christians and other minorities, abuse and kill women, turn girls into sex slaves, and kill gays and religious minorities.