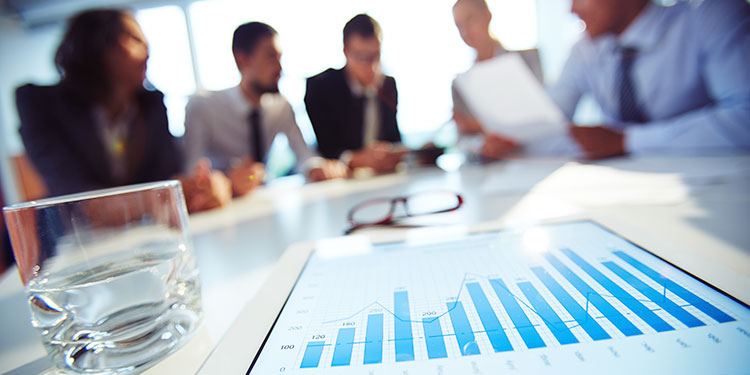 The human toll of the stagnant Schumer-Obama economy of the past decade can’t be measured in statistics. It is in the lives of those who are out of work, have given up looking for work, can’t find a job after graduating from college, or are underemployed.

Chuck Schumer claims that he has been “fighting for the middle class.” He has not delivered. What he has done, actually, is to shrink the economy, engage in crony capitalism, and give us worse income inequality than if he had just stayed home the last 18 years.

America averaged 3.5% growth per year in the 50 years before the year 2000. Since then, we have averaged 1.7% per year, and recently, we are closer to 1%. Real income and wages have not grown in the past decade under Obama and Schumer. They and Hillary Clinton spend all their time trying to divide us against one another with claims of income inequality, wage gender gaps, wealth redistribution, and every other politically correct thing they can think of to turn basic economic truth on its head.

Small business in particular has suffered, as the rich and powerful who hire lobbyists and make campaign donations are able to rig the system in their favor. But this system has not done anything for the dying cities of upstate New York, which were once proud, prosperous centers of industry. American workers and small business have been losing out to the interests of the big government and big corporate globalists.

New York, and our nation at large, is drowning in unnecessary Obama-Schumer federal regulation that is killing small businesses, killing jobs, and killing economic growth. We can reverse it.

For example, the Dodd-Frank Act must be reformed so that it does not treat mid-sized and community banks as though they caused the Financial Crisis or are a current threat to financial stability. We simply cannot continue to regulate these banks in the way we are doing: these are the banks that know people in small towns, help small businesses, and understand local communities. Regulation is pressuring their business models, and making the only alternative being bought by larger banks, as happened with First Niagara.

I would repeal Dodd-Frank for the community and mid-sized banks – that is, any bank with under $200 billion in assets – and focus our legislative attention on the large institutions that can really pose a threat to our financial stability. The big banks with $200 billion or more in assets must have heightened common equity capital requirements that increase with size of the bank.

Excessive environmental regulation is another area where whole industries are being destroyed, with the workers and communities that support those industries losing their jobs. I will work to curb the EPA so that it focuses on true threats to our environment, rather than putting companies and their workers out of business on speculative grounds.

The current tax code is an abomination. It’s a corrupt, cumbersome, Rube Goldberg device that is destroying American prosperity and the American spirit. Tens of millions of hours and dollars and brainpower are devoted to the useless activities of tax avoidance and compliance.

Obama-Schumer high-tax policies have led to a weak recovery from the Financial Crisis that has kept middle-class incomes stagnant and produced low quality jobs for many New Yorkers. Chuck Schumer realized that the Obama tax policies raised taxes on middle-class New Yorkers, but supported them nonetheless.

Our tax code is also overly complicated with provisions that benefit special interests and not the forgotten working individuals and small businesses.

I will support any plan to lower individual tax rates, simplify the tax code, and eliminate special interest loopholes like the carried interest loophole and deduction for mortgage interest on vacation homes. I would propose, for example, reducing today’s seven tax brackets to three (10%, 25%, and 28%), and eliminating the Obamacare tax on capital gains and investment income. Enlarging the tax base by eliminating special interest deductions allows us to lower tax rates and overall tax payments by the middle class.

One of the biggest obstacles to economic growth is the U.S. corporate tax rate, which in the Schumer-Obama economy is the highest in the world. We should cut it to 15 percent, with total cost expensing, and penalty-free repatriation of capital from foreign countries back to the United States, to invest in American communities and workers. This would generate an economic boom as capital flows into this country.

America can and should be energy self-sufficient, for the sake of both economic growth and national security. Poor government policy is the only thing that has stood between us and energy independence. In fact, in light of our shale oil and shale gas discoveries, we can create millions of new jobs and become the lead exporter of energy in the world.

The EPA has heaped rules upon rules so that compliance is taking a huge toll on our American energy industries. These rules have created great waste and inefficiency, and because they are generated by an unaccountable bureaucratic state, they are largely beyond the reach of remedy in a system of self-government. They have driven up the cost of American energy for both consumers and business, making it difficult to create manufacturing and other jobs.

We need reasonable environmental laws, passed by a Congress accountable to the people, to allow competition that will lower prices and generate growth of all types of American energy. To create jobs and energy production, I support drilling and mining permits on federal lands that are not environmentally sensitive and in the Outer Continental Shelf; pipelines including Keystone XL and a pipeline network across the country; resuming the building of refineries and liquefied natural gas terminals; halting the Obama-Clinton war on coal with reasonable environmental rules; and ending energy subsidies like those given by the Obama-Schumer stimulus to incompetent businesses like Solyndra. Only when markets are allowed to operate honestly will we get the most abundant and lowest cost energy that will enable us to be free of Middle Eastern oil and spur a new economic renaissance in America.

For years, our leaders have made trade deals that serve the interests of the big globalist corporations and not the American worker. The Washington Establishment has given us trade deals like the Clinton NAFTA, the Trans-Pacific Partnership, and supported China’s entrance into the World Trade Organization. I support the trade reform approach laid out by Donald Trump, starting with trade enforcement with China.

We need free trade, but fair trade. We need to negotiate – and in some cases renegotiate – agreements with other sovereign nations that create the best deals possible for American resources and the American people. Poor trade deals have done great harm to the people of New York state, particularly with respect to well-paying manufacturing jobs. This must end. We have incredible natural and human resources that can create wide prosperity if our federal government does not sell out our interests in poor trade deals to satisfy corporate globalists.